The market data package for regional data (RegioDaten) includes market potentials based on the 5-figure post code area level. The potentials are available for all product groups associated with the building materials industry. The data are prepared for use with geographic information systems as RegioGraph or PTV Map&Market, and are thus delivered in a format which is clear and easy to use.

Manufacturers and retail groups mainly use regional market potentials in the following areas:

The market data package RegioDaten has been calculated by B+L for over 15 years. It includes market potentials for 5-figure post code areas. The basis for the regional data is a detailed analysis of the total sales in the sub-segments (e.g. parquet, roofing etc.) These form the basis of the calculation of the per capita expenditure for each product group.

Next, the national distribution for each product group is investigated. The potentials for the wholesale, retail, and direct sales channels are calculated by means of detailed data analysis and surveys.

Then the data is processed for analysis on a regional level – this is done for 5-figure post code areas/local areas. The basis for this is the Residential-Construction-Renovation (RCR) index, which was first calculated by B+L Marktdaten GmbH around 15 years ago. This index  takes into account not only the current levels of construction and renovation, but also income, the density of crafts/tradesmen, population density, the share of single family houses, and other factors which affect the segments. Due to its widespread use within the industry, and the variety of analyses undertaken, the RCR index can be constantly optimised and adapted for each particular product group.

The end result for the manufacturers is an easy to use set of data which reflects the market potentials at the 5-figure post code area level. For the post-code level areas it is recommended that the data are used in conjunction with a cartography program such as RegioGraph or PTV Map&Market. In this way all the regional analyses, as well as area planning, can be carried out quickly.

For Germany the potentials for over 85 product groups in the timber and building supplies industry are available (listed here).

What is the RCR Index, and what can it do?

RCR (Residential Construction Renovation) is a statistical measure of the market potentials in the residential construction and renovation sectors. The index is based on statistical data for both local and 5-figure post code levels. The RCR index shows the positive and negative deviations from the average market potential in the respective countries.

Thus the RCR index can be used for:

How does the RCR model work?

The model on which the RCR is based, is a so-called ‘non-linear multiple regression model‘ (see Toolbox 1).  This process looks for a relationship between the market potential and the statistical factors of influence. This relationship is held constant in the form of an equation, which is calibrated on a known control sample.

Statistical models which describe the connection between a variable which is to be explained and several factors of influence (factors) which are independent of one another. Here, a regression equation (the model) is calibrated on a set of data. For multiple, non-linear models like the RCR index, this is done using an iterative algorithm, i.e. a method which progressively approximates the correct result. The goodness of fit is described by a multiple correlation coefficient (R²). Whether an R² is significant for a given control variable or not is determined by a hypothesis test (F-Test). The result of the hypothesis test is with what probability (probability of error) a correct hypothesis has been proposed.

Market potential is of course dependent on a very large number of statistical factors of influence. However, not all of these factors can or should be taken into account in the calculation of the RCR. There needs to be a reduction of the data in order to keep the most important factors of influence. It is particularly important that several factors which exert the same influence are replaced by one single factor. The statistical process of this data reduction is called ‘factor analysis‘ (see Toolbox 2).

There are also factors of influence on to which others are statistically ‘attached‘, without needing to be assessed individually. This means that the actual factors which are assessed by the RCR include a multiplicity of other influences which are not explicitly listed.

The factors of analysis on which the RCR is based are:

The RCR model does not function additively in the way that a simple multiple linear regression model would. Thus, the RCR takes into account purchasing power factors and sales in the form of limiting factors for the construction cost data, in relation to the number of construction permits, which in turn is standardised according to the structure of the dwellings.

What the RCR cannot do

Exceptions do not prove the rule, but rather they make us aware of the limitations of the model. The goodness of a rule is first of all dependent on the number of exceptions. If this is low, that is the probability of error is small, then the rule is good. As with all statistical models, the RCR has a probability of error (see Toolbox 3). However, the value a=0.09 (in the F-Test), is low for a socio-demographic model. With the type of complex systems which the RCR describes, there can be no 100 % proof explanation.

We can provide regional data for the following product groups. According to requirements, product groups can be chosen to contain a specialist product (level 3) or contain several products (levels 2 and 1). 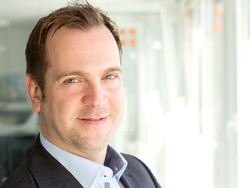